I promised to use Sally Hansen Crackle Overcoat polishes this week and I'm totally sticking to it =] I decided to use the red one first. It's called Cherry Smash. O.P.I. has released a Red Shatter with a mauve color called Rally Pretty Pink. I really wanted these, but I heard Rally Pretty Pink is an exact dupe for Zoya's Faye, which I own already, so I decided not to buy that set. Instead, I will use Zoya'sFaye and Sally Hansen Crackle Overcoat in Cherry Smash to try to get the same result as the O.P.I. set. 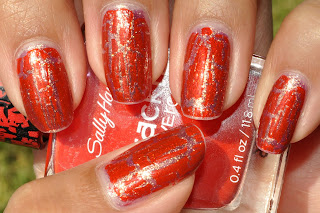 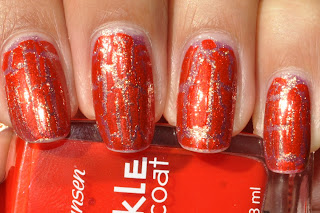 I was actually surprised at how well this turned out! I used a medium coat of the Cherry Smash crackle and it turned out great. I tried out thin and thick coats on my right hand just to play with how well it works. A thin coat almost completely covered the base color (I wouldn't recommend it) and a thick coat worked well. Sorry no pics, I suck at taking pics of my right hand. Also, I think you can see this from the pictures, but the Cherry Smash crackle is not opaque. I wouldn't say it's a good or bad thing. Maybe with a different color combination I'd be able to make a decision on that. I totally recommend this as an alternative to O.P.I. Red Shatter, although I think Red Shatter may be just a bit more opaque than this one.
Posted by heartNAT at 11:08 PM 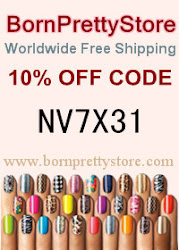